The History of Our Business

You don’t find too many people with as strong of a work ethic as Pete Zwart. His parents, Nicholas and Elsie, were immigrants from The Netherlands. After arriving in America, Nicholas was offered a job at his uncle’s dairy farm in Westtown.

They worked on several other farms in Chester, Washingtonville, Unionville, and Pine Bush until they purchased a Bullville farm in 1936. Pete, the oldest of three children, was six years old, and there was always plenty of work to be done.

After graduating from the Pine Bush High School, Pete remained on the family farm for a few more years. He married his wife Marilyn in 1950 and then got a job on the assembly line at a sewing machine factory in Middletown.

When the factory closed, Pete found work at Johnson’s Farm Equipment in Gardiner, followed by a job at Park’s Auto Sales in Walden. After a short time, his boss came up to him and said, “I have got a job for you”.

The job was at Mechanic’s Overall Service in Kingston.

After five and a half years, Pete had built up a sizable route for the company. He also acquired many local side jobs which he would take to Case Laundry in Newburgh. Mechanic’s Overall Service wanted the work, but Pete declined. He left the company in 1962 with a one-year agreement to not solicit the company’s customers.

In the garage behind his house, Pete started his own business under the name Montgomery Overall Service Inc.

He crossed paths with an equipment dealer who set him up with a new boiler, washer, presses, and an air compressor. “He carried everything for me financially, and I paid him back what I owed him in full.” 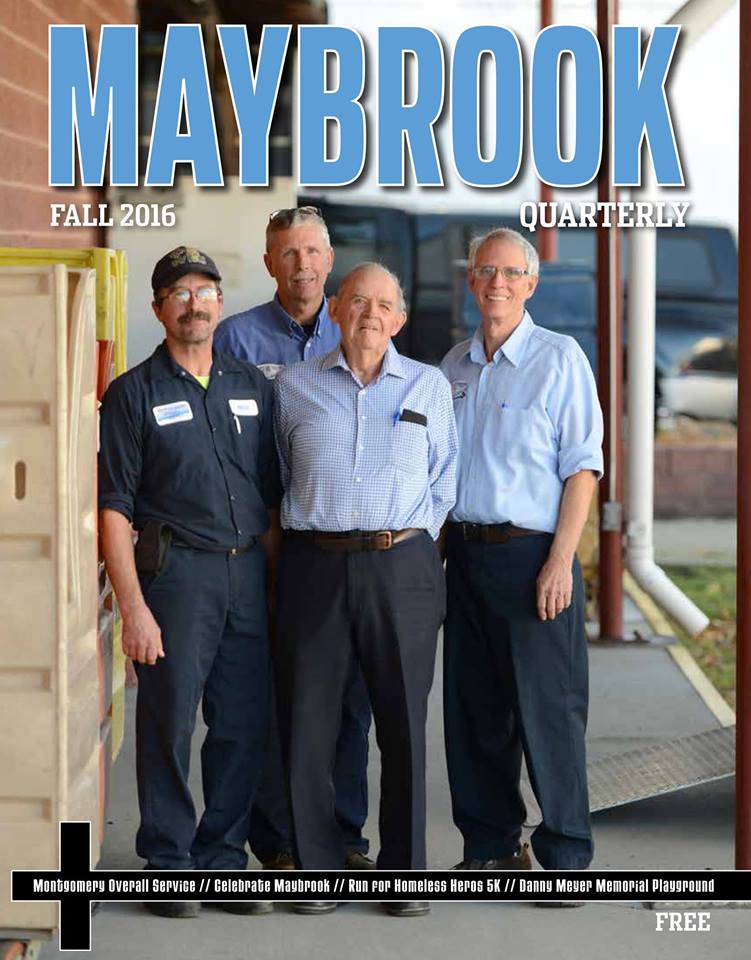 If you have questions or simply want more information, we´re here to help!

Pete was building up the business on the road during the day and washing clothes until the early morning hours. When his parents sold the family farm in 1958, they helped him out with his business. Pete’s wife and mother helped deliver on Wednesday and Pete did the Saturday deliveries.

Pete was doing well, so when the salesman saw an empty space in the garage, he convinced Pete to buy an $80,000.00 dry cleaning machine. When asked how he’d pay for it, Pete said, “Increase production!”

When the machine arrived, Pete says it was like putting 10 pounds of sugar into a five-pound bag. It didn’t fit. He tried to get a building permit from the town to expand the garage, but they denied him. Dry cleaning was put on hold until a temporary building was later approved.

The size of the garage remained the same. The business, however, was growing as the routes started to expand and employees were hired. By 1980, operations had outgrown the garage and Pete made a deal with Sonny Johnston to purchase the old Toyota dealership building on Homestead Avenue. In 1997, they expanded the space with a 9,000-square-foot addition.

Montgomery Overall Service has always been a family business. Marilyn worked in the front greeting everyone who came into the store. She did everything for everyone, including sewing, monogramming, and helping mend and take care of alterations before she passed away in 2003.

All of Pete’s eight children have worked for Montgomery Overall. The eldest son, Ed, a graduate of RIT, earned his degree in electrical technology and now serves as vice president and plant operations manager. Arnie started on the route as a young boy with his father and serves as vice president and daily operations manager. Gina, Arnie’s wife, is the office administrator. Brian, the youngest son, joined his parents on a full-time basis as a maintenance mechanic and as a substitute route driver.

All of the other children have been involved in the company at some point until moving on to other interests and opportunities.

The business now has 13 employees, all of whom are considered as a part of the family. We pride ourselves on having everything done 100% in house. There are about a dozen local businesses and several national companies all competing for the same work.

Pete attributes the company’s success to the high level of customer service it has been able to maintain.

Contact us today in Maybrook, New York, with any questions on our excellent uniform rental services.